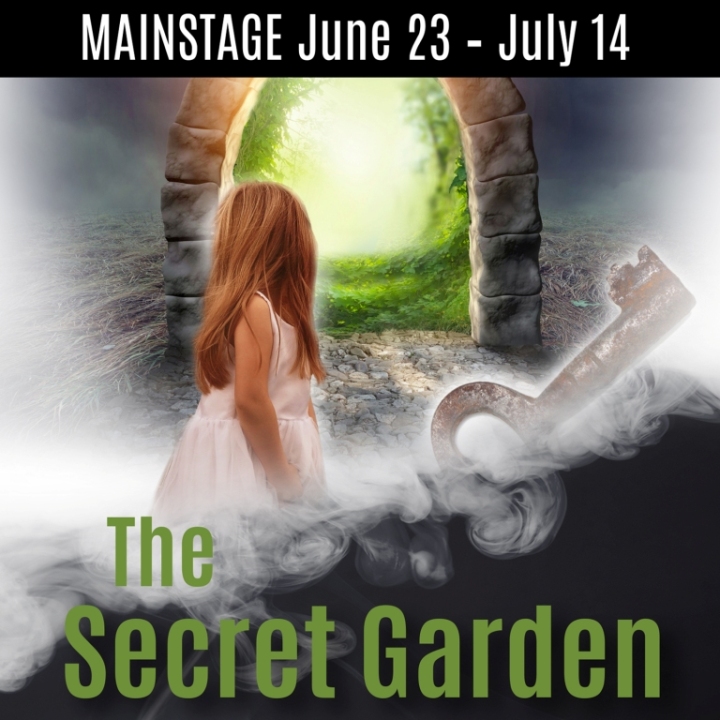 The Western Stage Holds the Key to The Secret Garden

Music, Magic, and One Small Girl

SALINAS, Calif. – The house lights are dimming and the orchestra starts to swell for the first musical of the 2018 season: The Secret Garden. Frances Hodgson Burnett’s beloved Victorian classic blossoms anew in this enchanting musical by Pulitzer Prize-winner Marsha Norman and Lucy Simon. When 10-year-old Mary Lennox is orphaned by a cholera outbreak, she is sent from her home in India to the Yorkshire highlands to live with reclusive and long-suffering relatives.  Mary’s determined spirit peels away the gloomy sadness that surrounds her uncles and invalid cousin, showing us the power that one small girl can have when she wants things to grow.

Inside the haunting house upon the hill, Mary finds a discontented collection of souls. Since her aunt Lily’s death, Mary’s Uncle Archibald has pushed away his surviving loved ones, leaving his bedridden son, Colin, alone. Sickly Colin, hidden away in the depths of the manner, bears the guilt of his mother’s death on his young shoulders. When Mary discovers her Aunt Lily’s hidden garden, locked shut and overgrown with vines, stubborn Mary is determined to revive the beauty that once was. Surrounded by spirits from the past, who both warn and welcome her, Mary begins to root away the layers of sadness that cover the house and the garden, and cultivates the love of a family to replace the one she’d lost.

Based on a 1911 novel, the musical premiered on Broadway in 1991 and was nominated for seven Tony Awards, winning three. The music is regarded as so moving that it has been the subject of several benefit concerts including The Third Annual World AIDS Day Benefit Concert held in 2005, and the Make-A-Wish Foundation of Metro New York and Western New York in 2016. With the rise of scholarly work in children’s literature over the past quarter-century, The Secret Garden has risen steadily in prominence. It is noted as one of the best children’s books of the twentieth century. With motifs such as magic, relinquishing selfishness to find happiness, and discovering peace and beauty in the natural world, The Secret Garden remains an alluring story for all ages.

DETAILS: The Western Stage presents The Secret Garden, an enchanting musical based on the Victorian children’s novel by Frances Hodgson Burnett.

WHAT: The Secret Garden, with script and lyrics by Marsha Norman, and music by Pulitzer Prize-winning Lucy Simon.

ABOUT THE WESTERN STAGE

Founded in 1974, The Western Stage (TWS) has evolved over the last four decades into one of the most respected community-based theaters on California’s Central Coast. TWS is committed to enriching the culture of its community by bringing together professional artists, theatre students, and community members to produce a dynamic season of plays that enhances the lives of both the artist and audience; developing new works that speak to the history and culture of the Salinas Valley; and provide educational opportunities that allow students of all skill levels to explore and develop their unique talents. http://www.westernstage.com

The Hartnell CCD serves over 17,000 students annually through its main campus in Salinas, the Alisal Campus in East Salinas, the King City Education Center, and various outreach learning centers throughout the Salinas Valley. Hartnell College, a Hispanic Serving Institution, provides associate degree and certificate programs, workforce-training, courses in basic skills, and prepares students for transfer to four-year colleges and universities. Hartnell College is recognized for its innovative public and private partnerships that support world-class education for STEM, career technical education, fine and performing arts, humanities/social sciences, nursing/healthcare, and athletics. We are proud to be the winners of the 2015 Innovation Award for CSin3 – a Computer Science bachelor’s degree in three years.  We are growing leaders through opportunity, engagement, and achievement. For more about Hartnell CCD, visit www.hartnell.edu.