SALINAS, CA – On Wednesday, August 8th, the Nancy Ausonio Mammography Center in Salinas held an Open House in which the public had the chance to talk with breast cancer specialists, survivors, and research advocates during an evening reception featuring healthy hors d’oeuvres and refreshing drinks.

This Open House showcased the Genius™ 3D Mammography™ technology, which is cutting down on the need for multiple tests and saving women a lot of angst about potentially false-positive diagnoses. 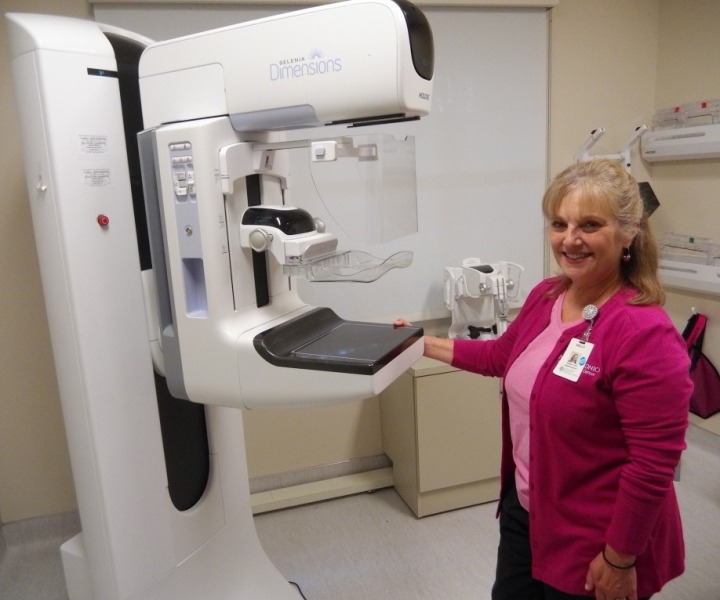 Using standard mammography, many women undergoing breast screening are asked to return for additional tests because of a suspicious density that appears in their scans. The request for more testing can prove a terrifying experience as the patient’s thoughts focus on the possibility that she has breast cancer.

Such anxious moments can now often be avoided, thanks to 3D mammography (breast tomosynthesis), an advanced tool that is FDA-approved. At the same time, 3D mammography aids in diagnosis if a tumor is present.

The technology uses multiple angled images as the machine sweeps in an arc over a woman’s breast. The radiologist views these images sequentially. A mass will stand out in the scan—not camouflaged by dense breast tissue as sometimes occurs with traditional 2D mammography.

Mylene Peralta is a Registered Nurse at SVMH and was a patient at the Nancy Ausonio Mammography Center. Cancer runs in her family. Her mom is a survivor (diagnosed at 49) and her mom’s sister died at age 44 of breast cancer. She had her mammogram in November 2017 and thanks to it she was able to detect her cancer at an early stage. As a breast cancer survivor and strong advocate, she mentioned that she wants to live for her children and for other people, and continues to hold on to her mantra “I choose to fight to live”, which she started using when she was battling breast cancer. Mylene and Holly Lombardi, Breast Ultrasonographer at the Nancy Ausonio Mammography Center had an emotional reunion at the Open House as Holly was the breast ultrasonographer who helped detect the cancer and stayed in touch with Mylene during her chemotherapy and radiation treatment.

Nine-time Grammy winner and breast cancer survivor Sheryl Crow knows firsthand that mammograms save lives—which is why she is the national celebrity spokesperson for the Genius™ 3D MAMMOGRAPHY™ exam. Sheryl Crow was first diagnosed over 10 years ago, and with the support of breast cancer advocates like her, the benefits of the Genius 3D exam will be available to more women. 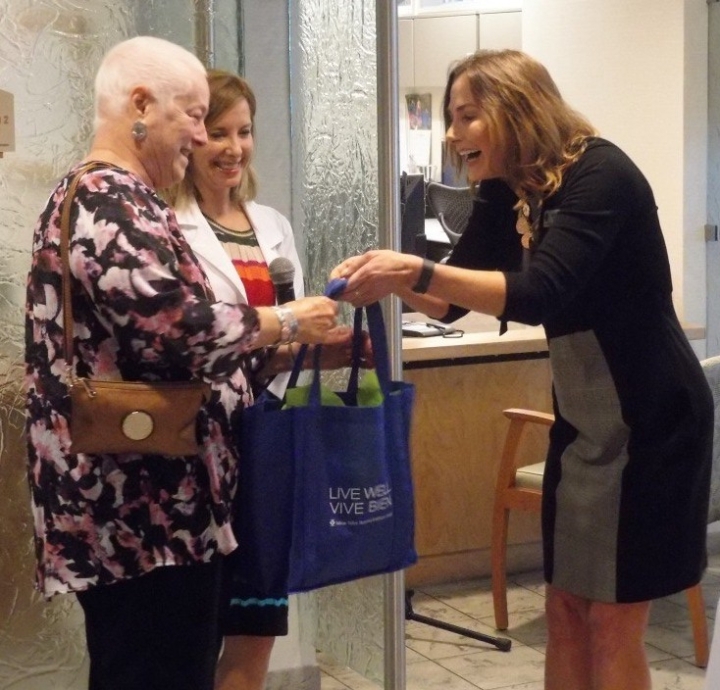 The Open House at the Nancy Ausonio Mammography Center culminated with a convivial raffle for those in attendance, and the prizes included specialty gift bags, manicure and pedicure treatments, and a $100 gift certificate to Tarpy’s Roadhouse Restaurant in Monterey.

Breast cancer is the second leading cause of cancer deaths among women, exceeded only by lung cancer, according to the American Cancer Society. Detecting cancer at an earlier stage will influence a woman’s chance of survival and it is recommended that women over the age of 40 get mammograms every year.