Skip to content
Sarah Brightman’s Upcoming Album HYMN to Include New Recording of YOSHIKI’s Composition “MIRACLE” and Piano Performance by YOSHIKI
.
YOSHIKI to Perform “MIRACLE” with Sarah Brightman in Germany
. 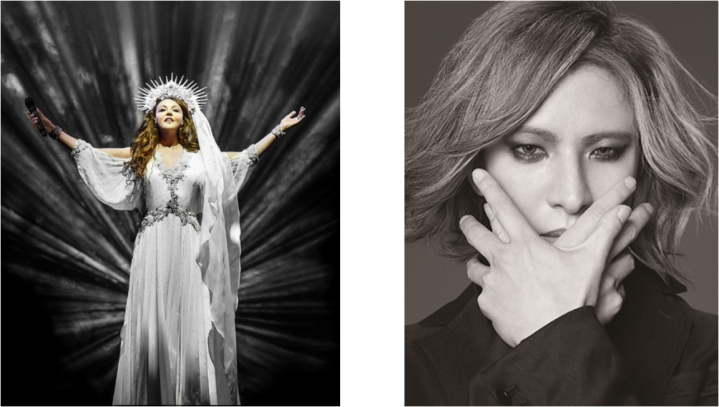 .
Superstar soprano Sarah Brightman has chosen YOSHIKI’s composition “Miracle” for her new album HYMN .
.
YOSHIKI –composer, classically-trained pianist, rock drummer, and leader of the rock group X JAPAN –also plays piano on the new recording. YOSHIKI was invited by Brightman to collaborate on “Miracle”for the new album, placing YOSHIKI in the company of her distinguished list of past musical collaborators, including Andrew Lloyd Webber and Ennio Morricone .
.
“It’s the number one masterpiece on the album,” explains Sarah Brightman . “It has elements of Carl Orff’s ‘Carmina Burana’ and I’m very excited about it. Yoshiki has so much talent.”
.
YOSHIKI will join Brightman for a special TV performance and cinema taping at Festspielhaus Füssen, one of Europe’s most modern musical theaters, on Friday , September 21, in Germany .
.
Sarah Brightman is the world’s most successful soprano and the queen of crossover– a blend of classic and pop–on the world stage, with over 30 million records sold and more than 180 gold and platinum awards in over 40 countries . Milestones in Brightman’s career include the opening of the Olympic Games in Barcelona and Beijing , her role in the premiere production of “Phantom of the Opera” inLondon’s West End and on Broadway in New York , and her hit song “Time to Say Goodbye,” one of the world’s best-selling singles of all time .
.
YOSHIKI’s work as a classical composer includes “Anniversary,” commemorating the tenth anniversary of the Japanese Emperor’s reign , “I’ll Be Your Love,” the official theme song of the2005 World Expo , and the “Golden Globes Theme” composed for the 69th Golden Globe Awards . His classical solo album Yoshiki Classical included works co-produced and arranged by acclaimedBeatles producer Sir George Martin and debuted at #1 on the iTunes Classical Music chart in 10 countries , featuring performances by YOSHIKI as both composer and pianist alongside the London Philharmonic Orchestra .
.
YOSHIKI launched his first Yoshiki Classical World Tour in 2014, with sold-out shows in 10 countries , and in 2017, YOSHIKI performed two sold-out classical concerts at New York’s Carnegie Hall with the Tokyo Philharmonic Orchestra . YOSHIKI will perform two classical concerts — “YOSHIKI CLASSICAL ~Two Violet Nights~ YOSHIKI with Philharmonic Orchestra” at Tokyo International Forum November 12th and 15 t h .
.
VIDEO: YOSHIKI CLASSICAL 2018
https://youtu.be/SIP8BYOaPbY
.
YOSHIKI is also the leader of X JAPAN , the biggest rock band in Japanese history, who has sold-out the 55,000-seat Tokyo Dome a record 18 times. X JAPAN made their Coachella debut in 2018, and will perform their largest live concert since 2010, “X JAPAN LIVE IN JAPAN 2018 THREE DEEP RED NIGHTS AT MAKUHARI MESSE,” taking place over three days next week, September 28-30 , for100,000 fans .
.
Sarah Brightman Official Website: http://www.sarahbrightman.com
.
YOSHIKI Official Website: http://www.yoshiki.net
.