Skip to content
BECOMING: AN INTIMATE CONVERSATION
WITH MICHELLE OBAMA
.
MICHELE NORRIS TO APPEAR WITH MICHELLE OBAMA
ON UPCOMING U.S. BOOK TOUR AT
SAP CENTER AT SAN JOSE
.
In Case You Missed It: NowThis released a video Thursday highlighting several organizations telling their students and/or members about the free ticket giveaways — including a surprise Skype call with Mrs. Obama to Democracy Prep in Harlem!
. 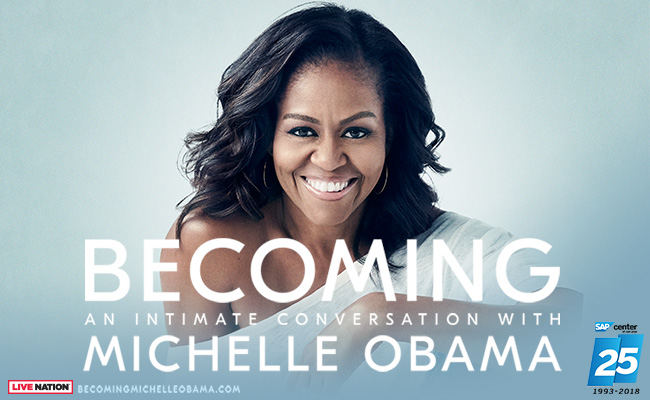 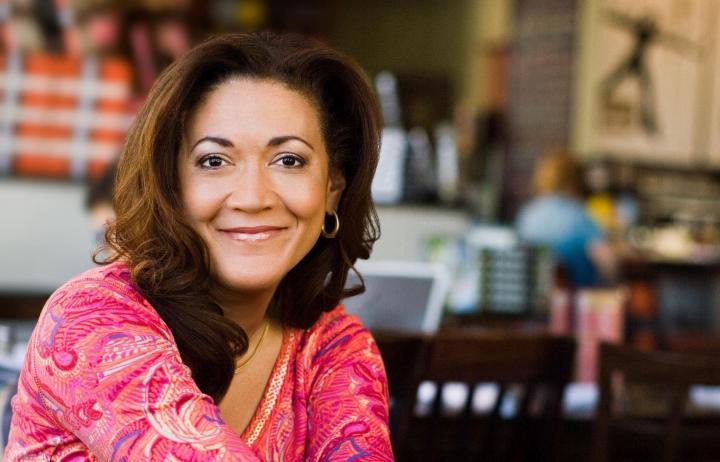 .
.
Michele Norris
Michele Norris is one of the most trusted voices in American journalism. She is the former host of NPR’s All Things Considered and Founding Director of The Peabody Award-winning Race Card Project. Norris is the author of The Grace of Silence and has worked for ABC News, The Washington Post, The Chicago Tribune and The Los Angeles Times. She is The Executive Director of The Bridge, the Aspen Institute’s program that uses narrative exchange to create connections among people of different backgrounds and perspectives.

(11/15), and Reese Witherspoon (12/13), each of whom will engage Mrs. Obama in an inspiring and lively conversation. (Please see below for moderator biographies.)
.
It is important to Mrs. Obama that her BECOMING tour events are accessible to as many people as possible.
.
Last week, Mrs. Obama and Live Nation announced a selection of the local and community organizations who will receive free admission to Mrs. Obama’s tour, including the below organization in San Jose, CA:
.
TheDream.US is the nation’s largest college access and success program for
DREAMers. They provide scholarships to highly-qualified DREAMers to help them pay for
their college education. The Scholars have DACA or Temporary Protected Status that allows them to live and legally work in the United States. Learn more about TheDream.US here.

As previously announced, 10 percent of ticket inventory in each market was set aside for various organizations including, but not limited to, charities, schools, and community groups in each city the tour visits. Thousands of tickets will be given away. NowThis produced this video showcasing Mrs. Obama surprising students with the exciting news.
.
Attendees at Mrs. Obama’s events will hear Mrs. Obama’s honest reflections on the experiences and events, both public and private, that have shaped her, from her childhood on the South Side of Chicago to her years as an executive balancing the demands of motherhood and work, to her years spent at the most famous address in the world. Michelle Obama has emerged as one of the most iconic and compelling women of our era. As First Lady of the United States of America – the first African-American to serve in that role – she helped create the most welcoming and inclusive White House in history, while also establishing herself as a powerful advocate for women and girls in the U.S. and around the world. In candidly recounting moments from her own extraordinary journey, Mrs. Obama will also share life lessons learned and inspire people to become the very best version of themselves.
.
Tickets for all dates are available at BecomingMichelleObama.com. A limited number of VIP meet and greet packages with former First Lady Michelle Obama are also available.

BECOMING will be released on November 13 in the U.S. and Canada by Crown Publishing, a part of Penguin Random House, as well as in 30 languages around the world. An audio edition of the book, read by Mrs. Obama, will be simultaneously issued in digital and physical formats by Penguin Random House Audio.
.
BECOMING: AN INTIMATE CONVERSATION WITH MICHELLE OBAMA DATES:
.