ONLY U.S. CONCERT AMID ‘METAMORPHOSIS’ VEGAS RESIDENCY TO OPEN MAY 17 AT PARK MGM 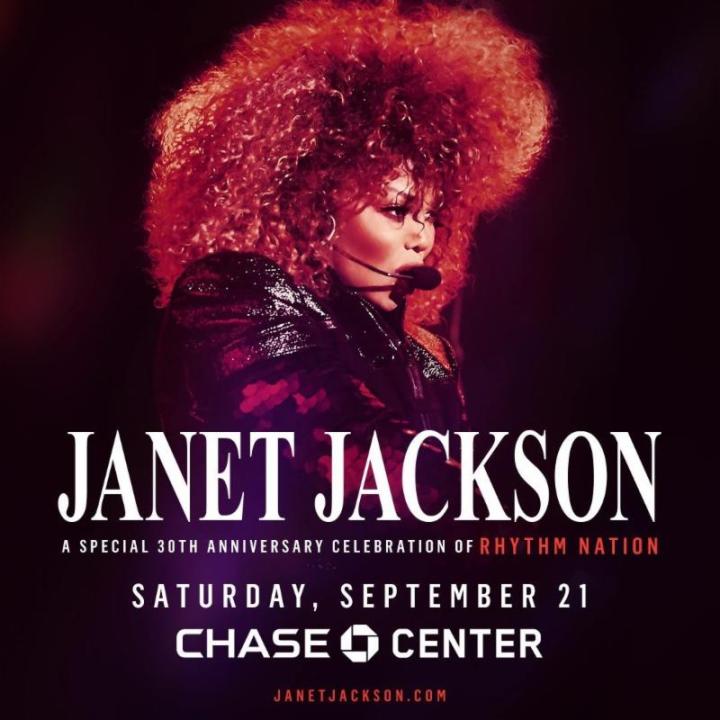 San Francisco, CA – Global icon, Janet Jackson, announced today a one-time special performance to follow her Las Vegas Residency on Saturday, September 21, 2019 at Chase Center, home to the back-to-back NBA Champion Golden State Warriors and the Warriors new 18,064-seat privately-financed sports and entertainment arena in San Francisco’s Mission Bay neighborhood. Produced by Live Nation, this will be Jackson’s only U.S. concert besides her Las Vegas Residency, “Metamorphosis”. The Chase Center show will feature a collection of all her greatest hits along with a special 30-year anniversary celebration of her ground-breaking album, Rhythm Nation. Ticket prices for the concert will start at $54.50.

Chase Center will hold a variety of presales, including one starting on Tuesday, April 30 at 10am for Chase cardholders. For complete details on the presale and for more information on unique experiences and special benefits available for Chase cardholders, visit: chasecenter.com/chaseonsale.

Additional presales will be held for Chase Center Members leading up to the general public onsale on Friday, May 3 at 12pm Fans will be able to purchase tickets by visiting chasecenter.com.

Janet Jackson is one of the most influential entertainers of the modern era. Jackson’s music has won her six GRAMMY Awards, two Emmy Nominations, a Golden Globe Award, a nomination for an Academy Award and dozens of American Music Awards, MTV Video Music Awards and Billboard Music Awards. She has received accolades as an actress as well, including the NAACP Best Supporting Actor award. Jackson is a published author, dancer, businessperson, philanthropist and one of the biggest-selling artists in popular music history. With sales of over 160 million records worldwide, she stands as one of the best-selling artists of all time.