CARMEL, CA – PacRep Theatre is excited to present one of the most iconic and significant plays of the 20th century, Samuel Beckett’s Waiting for Godot, playing May 16th through June 2nd at the Circle Theatre of the Golden Bough Playhouse. Drawing endless interpretations, it crackles with deadpan wit and linguistic invention, as well as offering compelling glimpses into mankind’s existential absurdity.

On a lonely country road, beneath a barren tree, two vagabonds wait for a man named Mr. Godot. As the evening unfolds, a desperate, humorous, and unchanging universe is revealed that has delighted and challenged audiences for decades.

The production also features guest artists Cody Moore as Lucky, Larry Welch as Pozzo, and Joseph Cardinale as the boy. 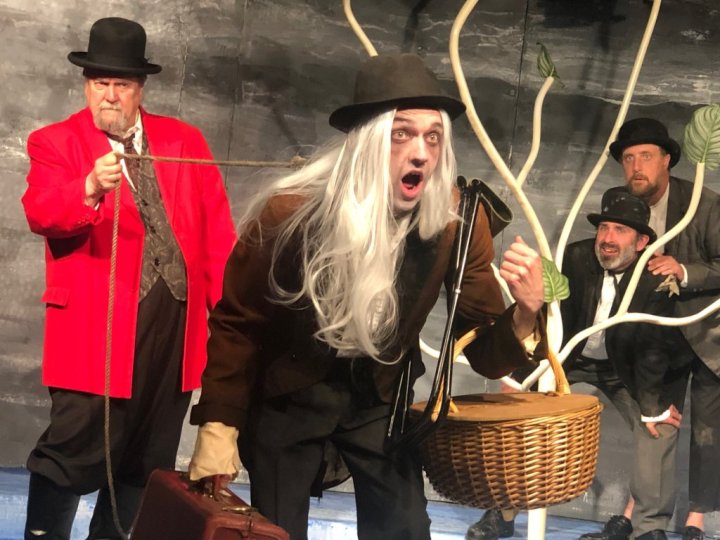 Waiting for Godot will begin performances with two discount previews, Thursday May 16th, and Friday May 17th, opening Saturday May 18th at 7:30 pm, with 2:00 pm matinee on Sunday May 19th. Performances continue Wednesday, Thursday, Friday and Saturday nights at 7:30 pm, with 2:00 pm Sunday matinees, closing June 2nd, 2019. The Circle Theatre of the Golden Bough Playhouse is located on Casanova Street between 8th and 9th Avenues, in Carmel-by-the-Sea.

General admission single ticket prices range from $8 to $38 with discounts available for students (over 12), teachers, seniors over 65, and active military. Tickets are available online at: www.pacrep.org, by calling (831) 622-0100 or visiting the PacRep Box Office at the Golden Bough Playhouse, located on Monte Verde between 8th and 9th, in Carmel.