“One of the most beloved crowdpleasers of the year” —  Brian Tallerico, RogerEbert.com

One of These People is Running for President. The Other Has Weed in Their Pocket. 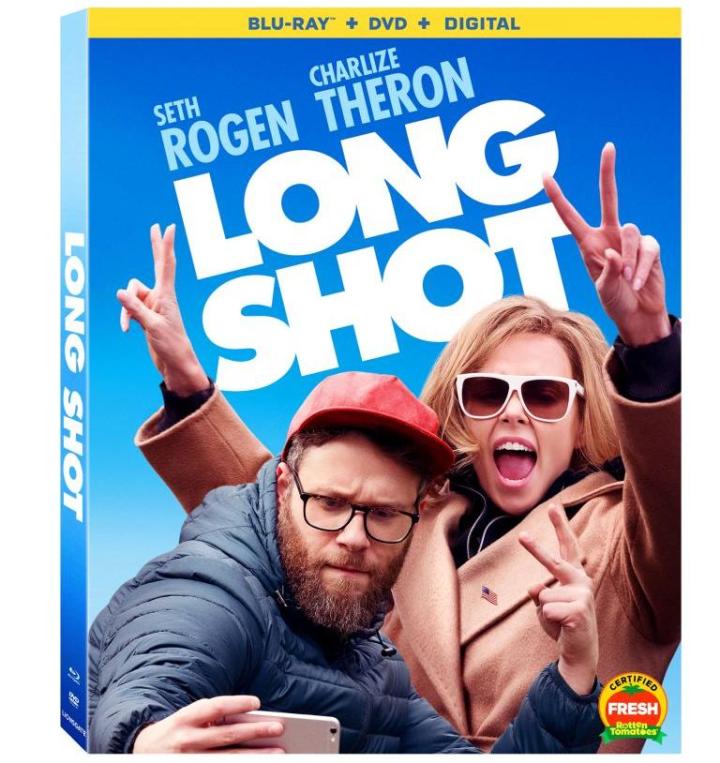 Enter our giveaway to win your own copy of LONG SHOT!

Seth Rogen stars as Fred Flarsky, a hard-partying journalist who’s got it bad for Charlotte Field (Charlize Theron), his first crush turned presidential candidate. After Charlotte hires Fred as a speechwriter, he is a fish out of water on her elite team. But sparks fly as he turns her on to a wild new world of raging parties, secret rendezvous, and hilarious rule-breaking.

Take home Long Shot and laugh along with exclusive featurettes, featuring hilarious behind-the-scenes moments never before seen, until now! Additionally, the Blu-ray Combo Pack features Dolby Atmos® audio mixed specifically for the home, to place and move audio anywhere in the room, including overhead. The Long Shot Blu-ray™ Combo Pack and DVD will be available for the suggested retail price of  $39.99 and $29.95, respectively.