Having grown up on the central coast of California, Congressman Panetta understands the importance of giving back to the community and country that gave him and his family so much.   He was instilled with a sense of public service and its importance to our democracy and has made sure that his work is reflective of the values of the people who entrusted him to be their voice in our nation’s capital.

During his time in Congress, he has fought for immigration reform, the continued protection of our pristine coastline and environment, affordable and accessible health care, to ensure that our agriculture industry and its farmers and farmworkers are taken care of, to reduce gun violence, for our military installations which are an integral part in our community and our country’s national security, and for our veterans to receive the benefits that they were promised and deserve.  Through policy implementation in Congress and service to constituents, he remains committed to being that bridge for the people of the Central Coast to the federal government and its resources.

Prior to being sworn in Congress, Congressman Panetta served his community as a deputy district attorney for Monterey County, which includes the city of Salinas.  In this role, he prosecuted violent gang members to pursue justice for victims, protect families and make communities safer.

In 2007, Congressman Panetta volunteered for active duty and was deployed to Afghanistan in support of Operation Enduring Freedom.  He worked with Special Forces units and as a result of his meritorious service in a combat zone, Congressman Panetta was awarded the Bronze Star.  Upon returning home, he served as a board member of the Veterans Transition Center where he focused on ending veterans’ homelessness and improving resources for his fellow veterans and their families.  He was also instrumental in the opening of Monterey County’s first Veterans Treatment Court to ensure veterans receive the services they earned.  Moreover, he worked with local leaders and veterans to establish the Central Coast Veterans Cemetery on the former Fort Ord. He was honored to be named a Monterey County Veteran of the Year in 2015.

Growing up in Monterey County, Congressman Panetta attended Monterey Peninsula College and the local public schools.  He graduated from the University of California at Davis with an undergraduate degree in International Relations and earned his law degree from Santa Clara University.  His wife, Carrie McIntyre Panetta, is a Superior Court judge in Monterey County, and they have two daughters, Siri and Gia. 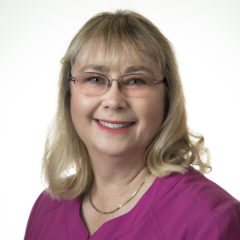 For more than 18 years, Carrie Theis has been General Manager for the family-owned Hofsas House Hotel located in Carmel-by-the-Sea. Her grandmother was Donna Hofsas who started the hotel with Fred Hofsas in 1947. As a child and teenager, her summer job was assisting her grandmother with all aspects of the hotel business.

Celebrating over 70 years in business, the Hofsas House is a Bavarian-themed boutique inn with 37 unique rooms, some with ocean views. People are welcomed to the inn with a mural painting by Maxine Albro. Other amenities include a year-round heated swimming pool, two dry saunas, off-street parking, view deck areas, WIFI, continental breakfast, and a meeting room. In keeping with the dog-friendly atmosphere of Carmel, some of the inn’s rooms are pet-friendly.

Prior to coming to Carmel, she worked in the private sector for Gallo Winery, a small computer accounting business and in computer sales. She has also worked in the public sector (five years) for the State of California, Department of Developmental Services as a Systems Analysis Manager. This varied background has prepared her well for the general manager position of a small boutique inn in this competitive environment.
In September 2012, Carrie was appointed to the Carmel-by-the-Sea City Council, subsequently ran for office and was elected in April of 2014 and then again in 2018 to another four-year term.

Tyller grew up in a military family. His mom served in the Navy for 20 years so they moved around the country and never lived anywhere long enough to grow roots. His military upbringing was a formative experience and led him to seek long-term connections and community on the beautiful Monterey Peninsula.

For the last eight years, he has worked at the Naval Postgraduate School (NPS). He also earned a bachelor’s degree from Cal State Monterey Bay in 2013. Currently, he is enrolled in a Master’s of Business Administration program at NPS.

When he arrived here on the Central Coast, he did not know how much this area would mean to him. He realized that he had finally found a community that accepted and loved him, and he knew he would never want to live anywhere else. He and his partner, Ivan, bought their first home together in Monterey because of the beautiful environment — from the climate and landscape to the amazing community activists they have grown to love. Through his community work on the Monterey Peninsula, Tyller has truly found a lifelong home. His work with fellow community members was fundamental in the decision to run for Monterey City Council.

Tyller has a proven track record of bringing people of diverse backgrounds together to accomplish common goals. As an organizer for President Obama’s re-election campaign out of the San Francisco headquarters, he managed 30 staff and over 500 volunteers in a successful endeavor.

More recently, Tyller worked to bring that same sense of purpose as a co-founder of Monterey Peninsula Pride, the first Pride event in this community for over a decade. This unifying and inclusive event enjoyed support from diverse community organizations such as churches, synagogues, LGBTQIA+ organizations, legal groups, healthcare groups, mental health organizations, and numerous public officials. It was a powerful event with over 700 people in attendance united by their commitment of respect for all — and regional solidarity!

As a member of the Monterey County Housing Advisory Committee, and a past Committee Member on the City of Monterey’s Architecture Review Committee, he has seen firsthand the difference an active community makes.  As a city council member, he will work tirelessly to foster, grow, and encourage productive civic participation.

Tyller envisions a future for our city as a leader in public engagement. He believes by better utilizing modern forms of communication, we can move Monterey forward by seeking robust community input to drive decision making in our local government.

On important challenges like increasing access to affordable housing, improving transportation infrastructure, and providing a sustainable water supply, Monterey is not alone. Tyller will collaborate with regional partners to tackle these tough issues in order to improve our quality of life on the Central Coast. 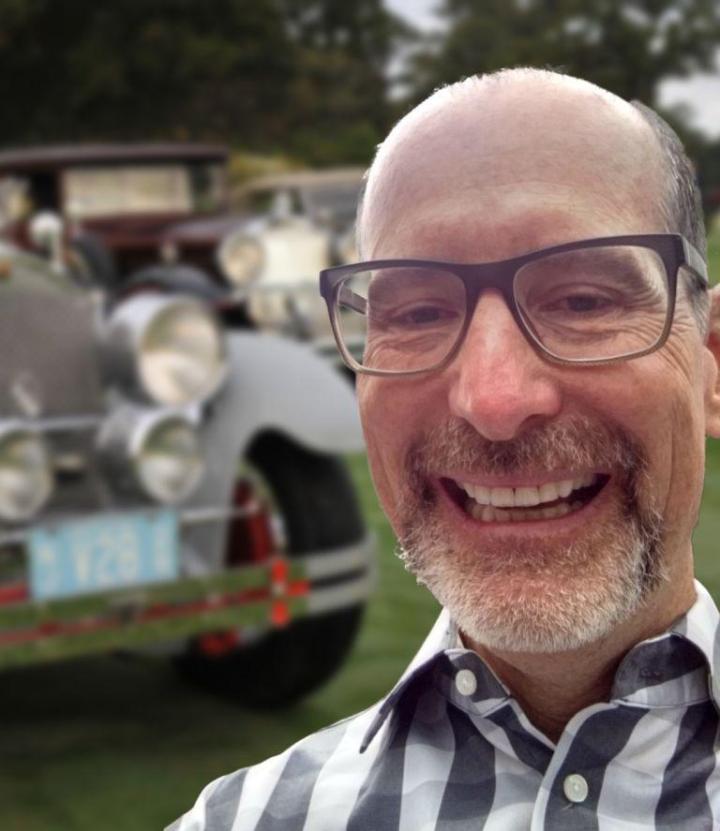 Whether it’s classic cars, muscle cars, or sports and racing cars, Christopher Slater is completely fascinated with all aspects of automobile design and advertising. A precocious child, by 7 years of age he was able to identify the make and model of any car on the road car based only on its taillights. As a teenager, he fell hard for classic cars – especially Packard, Duesenberg, and Bentley – a fascination that continues to this day. Believing that you get more from life when you get involved, he is an active board member of the Northern California region of Packard Automobile Classics and The Freewheelers Car Club. In recent years he was also a board member of the Northern California region of the Ferrari Club of America. 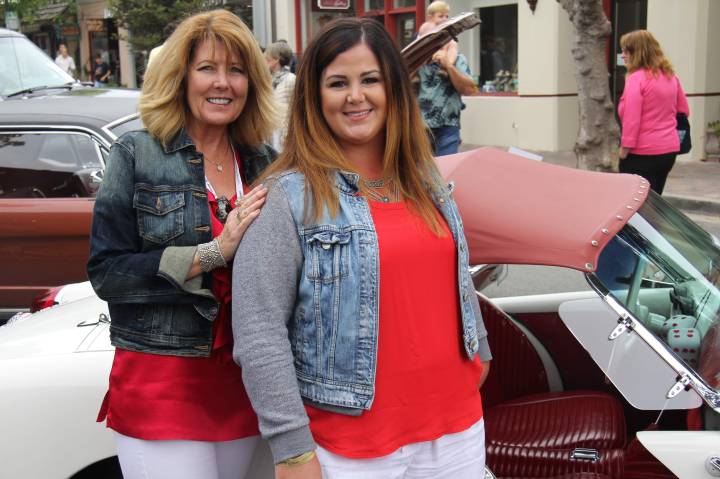 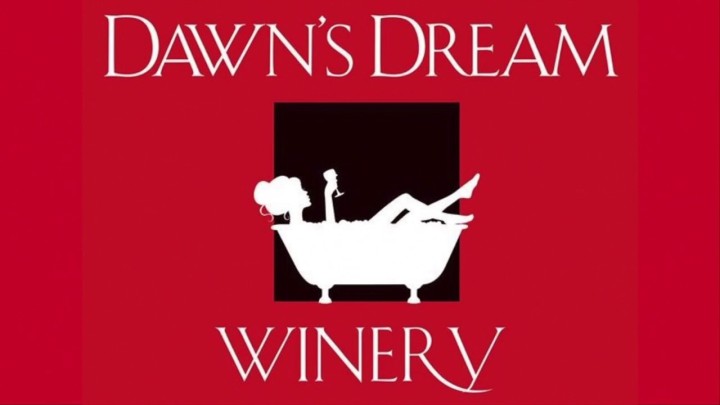 The car show is a fundraiser for the Prancing Ponies Foundation.
All proceeds are donated to the Foundation to help
‘Create Women Leaders One Girl at a Time’

We look forward to having you be apart of
“Empowering Women – Inspiring Girls”.
.
Visit their website or e-mail them at creatingwomenleaders@prancingponies.org

One thought on “MEET THE ESTEEMED SPEAKERS AND PRESENTERS OF THE PRANCING PONIES ALL WOMAN CAR SHOW!”