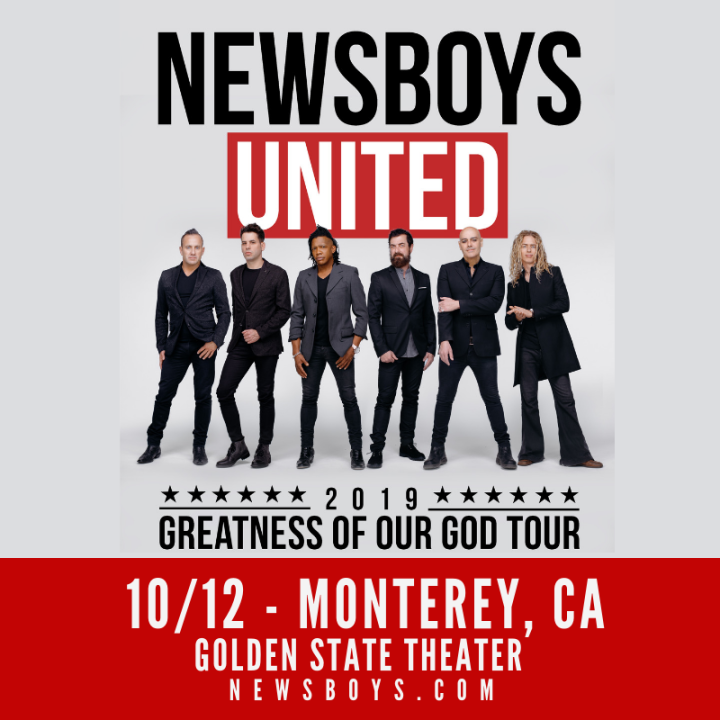 Newsboys have appeared in Monterey numerous times between 1997 and 2013 as headliners for the Spirit West Coast festival at Laguna Seca. In fact Newsboys headlined the festival more than any other band. The October 12 concert is the bands first appearance in the area since the last festival in 2013.

Veteran concert promoter Jon Robberson says, “people may be surprised that Newsboys are bringing their tour to a venue as cozy and intimate as the Golden State Theatre but we were able to make it happen. Newsboys love Monterey and we’ve figured out how to physically get their full-on show into the venue. I expect the concert to sell out well before Oct. 12.”

There are 5 different reserve seat ticket prices including: just 40 super-VIP Platinum tickets in the first 4 rows that included a preshow Q &A and a backstage photo with the band, and just over 100 Gold VIP tickets that include seats in rows 6-10 and the pre show Q & A.

It’s a rare occasion that Newsboys are appearing in Monterey County so many fans are making a “coastal getaway” out of the Columbus Day weekend. The concert is produced by Celebration Concerts, California’s 40-year old Christian concert promotion ministry.