KORN AND FAITH NO MORE 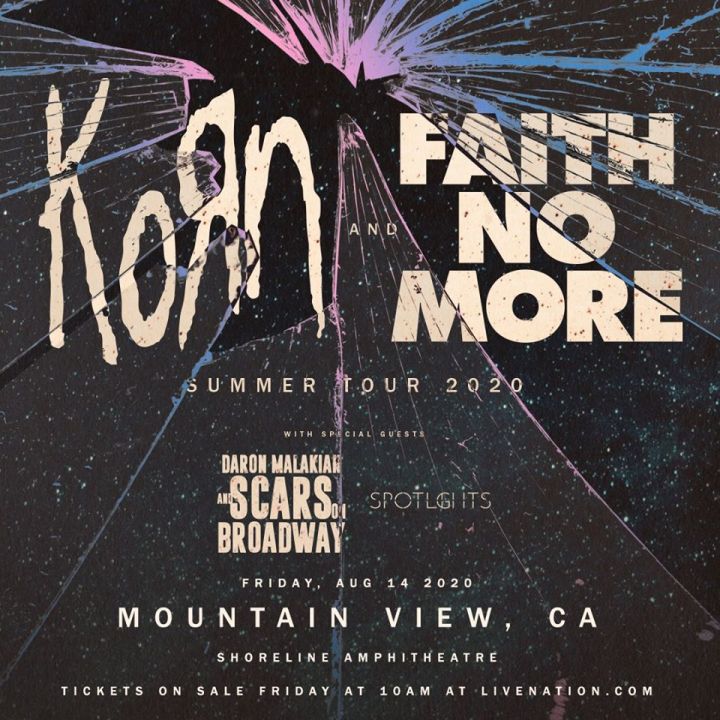 Tickets On Sale February 21st at 10am at LiveNation.com

San Francisco, CA (February 18, 2020) – Grammy award-winning heavyweights Korn and the iconoclastic, platinum-selling Faith No More today announced their epic co-headline North American tour. The tour will see both bands traversing the continent this summer and will give fans the chance to see two of the biggest forces in rock perform on the same stage each night. The tour will also feature special guests Daron Malakian and Scars on Broadway, and Spotlights.

Citi is the official presale credit card of the tour. As such, Citi cardmembers will have access to purchase presale tickets beginning Tuesday, February 18th at 12pm until Thursday, February 20th at 10pm through Citi Entertainment®. For complete presale details visit www.citientertainment.com